Steve Eargle - Chairman of the Board 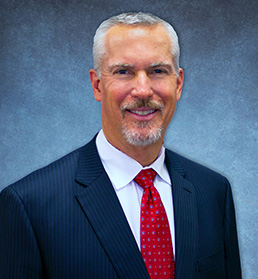 Steve Eargle
Board of Directors | Chairman of the Board
seargle@nbt.bank

Steve grew up in Tyler, Texas and later earned his BBA in Marketing from the University of Texas in 1986. During college, he played football for the Longhorns from 1982-1986. Steve earned his Juris Doctor from University of Texas School of Law in 1990. After law school, Steve went to work as an associate oil and gas attorney with the law firm of Law, Snakard & Gambill, P.C. in Fort Worth. Steve worked there until 1996 when he and his partners formed the law firm Beckham, Rector & Eargle, L.L.P. Steve is Board Certified in Oil, Gas and Mineral Law by the Texas Board of Legal Specialization and has written and presented articles to various oil and gas professional associations. Steve and his business partner, Andy Rector, established Fort Worth Royalty Company in 1993 to acquire producing mineral and royalty interests. FWRC continues to be very active in the acquisition of minerals and royalties, participating in various drilling opportunities, and other investments. Steve and Andy established a “fee office” for Fidelity National Title in Azle, Texas in 1999. Steve recently served 2 terms as President of the Fort Worth Petroleum Club and has previously served on its Board of Directors and as Chair of its Pension & Retirement Committee. He spent numerous years on the Church Council, Strategic Planning Committee and School Board at St. Paul Lutheran Church in Fort Worth and served as President of the congregation for four years. In 2017, Steve was elected to the Board of Directors of NBT, and is Chair of the Executive/ALCO, Nominating and Enterprise Risk Management Committees, and currently serves on the Strategic Planning, Salary, Property and Director’s Loan Committees. Steve was elected Chairman of the Board of Directors in 2019. Steve married his wife Cindy in 1995, and they have two children, Christian and Elizabeth. They live in Fort Worth.